Here’s the details:
• Q&A starts at 10 pm/EST on the East Coast for Session I. Session II will start at 10 pm/PST for the West Coast.

• Remember to use #AskScandal when you tweet your questions so the cast sees them! Using the correct hash tag is VERY IMPORTANT because this is how the cast follows the conversation! Want a Reply or RT? USE #AskScandal

• Katie Lowes tweeted yesterday that she won’t be able to join in for this Q&A since she’s traveling! We’ll miss her!

• GLADIATORS will still re-watch another episode of SCANDAL tonight for those of you that have been participating in our weekly #ScandalRehab sessions.

A Few Things to Remember:
Since GLADIATORS are so excited to tweet with the cast tonight, I wanted to point out key information we already know so we can get answers to our more burning questions! (aka: “Questions NOT to ask during tonight’s Q&A”)

• #WhoIsQuinn?
The cast has said multiple times that they still don’t know and Shonda Rhimes ain’t talkin! So even though we are all dying to know #WhoIsQuinn, we’re gonna have to wait! 😀 Plus it will totally spoil the surprise!

• Is there going to be a Season 2?
Regretfully, yes, some fans have MISSED THE MEMO on this one! Shocking, I know! ABC did renew the series for a second season!!!

• When does Season 2 start?
Season 2 of SCANDAL will return in September this fall and the show will remain in its same time slot – Thursdays at 10/9 c after ‘Grey’s Anatomy’. At the time of this post the actual premiere date for Season 2 has yet to be announced, but be sure to check back here for updates!

• How many episodes will Season 2 have?
ABC ordered 13 episodes for Season 2 of SCANDAL. However, cast members have tweeted there’s a possibility that more episodes could be ordered if ratings rise and hold strong!! What does this mean? RECRUIT MORE GLADIATORS, tune in live when Season 2 starts and DVR episodes!

So remember to log in to Twitter for the Q&A TONIGHT at 10 pm east coast time and again at 10 pm west coast time!!! So excited! See you GLADIATORS later tonight!!

#Scandal fans, it’s been 2 long. It really has. So…the cast will be doing a Twitter chat on Thursday 10-11 PM. Both time zones! Please RT!

GLADIATORS – Save the date for THIS Thursday, June 21st at 10pm/EST! The ‘SCANDAL’ Cast will be hosting a LIVE Twitter chat with fans! Don’t miss it!!

#Scandal fans, it’s been 2 long. It really has. So…the cast will be doing a Twitter chat on Thursday 10-11 PM. Both time zones! PLease RT!

CALLING ALL #GLADIATORS: Vote for ‘SCANDAL’ in @TVLine “What Will You Watch Thursdays?” poll. Scroll down to the 10 pm/EST time slot to vote for ‘SCANDAL’! Click here to VOTE NOW!

June 14, 2012 — The Academy of Television Arts & Sciences have released the 2012 Nominating Ballots for the 2012 Primetime Emmy Awards. The ballot submission deadline is June 28th and the Primetime Emmy Nominees will be announced July 19, 2012.

Earlier this afternoon, it was announced via Emmys.tv that ‘SCANDAL’ star, Kerry Washington, along with Nick Offerman (Parks and Recreation) have been selected to announce this year’s nominees live at 5:40 a.m. on Emmys.com.

The 64th Annual Primetime Emmys, hosted by Jimmy Kimmel, will air live coast-to-coast on Sunday, September 23, 2012 on ABC.  Stay tuned to abcSCANDALfans for more news and information on the 2012 Primetime Emmy Awards!

ABC’s ‘SCANDAL’ can be found on the 2012 Primetime Emmy Awards Ballot in the following categories:

Outstanding Casting for a Drama Series

SCANDAL Pace: Are you a REAL GLADIATOR? Take this ‘SCANDAL’ quiz via @ScandalABC 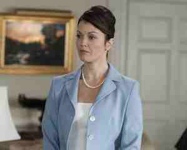 June 12, 2012 — According to TV Line News, ‘SCANDAL’ star, Bellamy Young, has been upgraded to series regular for Season 2. Young plays the First Lady of the United States, Mellie Grant, to Tony Goldwyn’s President Fitzgerald Grant. Click her for the complete article.

June 12, 2012 — Gladiators can finally get their ‘SCANDAL’ fix for the summer! ABC’s hit show ‘SCANDAL’ is now available on DVD, in stores now. The two-disk set includes all seven episodes of Season 1, along with bonus features including deleted scenes, cast audition footage and more! In an interview with TVGuide.com’s Ileane Rudolph, ‘SCANDAL’ leading lady Kerry Washington previews what Gladiators can expect from the DVD set. Click here to read the full interview

June 8, 2012 — Following the news that actor, Henry Ian Cusick will not return as Stephen Finch in Season 2 of  ‘SCANDAL’, TVGuide.com released that Joshua Malina has been promoted to series regular for the upcoming second season. Malina plays U.S. Attorney, David Rosen – wearer of the “white hat”.  Click here to read the complete article via TVGuide.com courtesy of Natalie Abrams (@natalieabrams).

I am very psyched to be a #Scandal regular next season! Thanks for the kind words, and shabbat shalom.