In order of appearance

As Vice President Sally Langston’s Chief of Staff, Billy Chambers has more than shown his true colors in the first Season of Scandal! I feel safe in saying that all GLADIATORS would agree that Mr. Chambers is – using VP Langston’s phrase – “a big ‘ole pile a dung – and he knows it!” After finding out that he was Amanda Tanner’s “baby daddy”, the one question that still remains – I wonder how that elevator ride turned out?

Dan Bucatinsky stars as James, husband to the President’s Chief of Staff.  James doesn’t like wars since he expects to see his husband at home gardening on Sundays, he’s gotten kicked off President Grant’s campaign bus for publishing a negative story about the FLOTUS and he wants to adopt a baby. “A fat, drooling, smooshy baby. A FAT ONE!”  We hope to see a lot more of James in Season 2!

Dan Bucatinsky is an actor, an amazingly hilarious storytelling writer and producer.  He is also the author of the newly released book “Does This Baby Make Me Look Straight” – Confessions of a Gay Dad, in stores now.  You can purchase Dan’s book by clicking here.  Read more on Dan Bucatinsky by clicking here.

Who Am I? – Dan Bucatinsky (courtesy of KerryWashington.com)

“Who Am I?” is an acting tool that Kerry Washington uses during the creative process of developing a character by using this list of questions as a way of discovering new things about the character. Washington has asked fellow actors to answer the same questions as a fun way for us to learn more about them!

For more information on Dan Bucatinsky

Republican Vice President Sally Langston is played by the talented Kate Burton – and YES you do recognize her as Meredith’s mother, Ellis Grey, from “Grey’s Anatomy.” Members of her staff are dropping like flies, but I imagine we’ll see plenty more from Sally in season 2 since she has “Jesus firmly on her side”.

One of the president’s biggest supporters, Energy tycoon Hollis Doyle from Texas has caused nothing but trouble since his arrival – in more ways than one.  His “freelancing” and southern shrewdness is giving Cyrus a run for his money in the “monster” category.  Will his love of money bring down the Grant Administration taking the team from Olivia Pope & Associates with him?

Gregg Lee Henry is better known to the world simply as “Gregg Henry,” the actor who played Mel Gibson’s duplicitous partner in Brian Helgeland’s directorial debut Payback. He has been an actor for three decades, first vaulting to television fame as Wesley Jordache, Nick Nolte’s son in the sequel to Rich Man, Poor Man back in 1976. A favorite of director Brian DePalma, he played the drill-wielding villain in Body Double and has also appeared in DePalma’s Scarface, Raising Cain, Femme Fatale and The Black Dahlia . His recent film credits include United 93, Slither, Ballistic: Ecks vs. Sever, Star Trek: Insurrection, and The Big Brass Ring. He has played recurring roles on the television series Family Law, 24, and The Gilmore Girls, and appears as a regular in the new FX comedy “The Riches.”

But for as long as he’s pursued acting, the piano has been his avocation and boon companion. He worked his way through theatre school playing in bars and cocktail lounges, and during his first weeks in Hollywood found a place as the music director of a waiver theatre. When television success struck, his first paycheck went to cover a visit to the piano dealer.

A few years ago, at the urging of his friend and fellow actor Bruce Greenwood, Gregg began to record his original songs. Greenwood and singer-actor John Lathan provide harmonies and more on Gregg’s first four CDs and will do so again on his upcoming fifth release. Gregg’s songs have appeared on the soundtracks to the films The Last of Philip Banter and Purgatory Flats. Dwight Yoakam has recorded Gregg’s The Back of Your Hand and released it as a single.

So why expand the name?

Actors are a superstitious lot* who believe having three first names is unlucky. It’s a belief scoffed at by musicians, so when singing and playing, he lets his full legal name rip. Not a legitimate surname in sight. Not Johnson. Not O’Malley. Just three friendly first names. Gregg. Lee. Henry. Honestly. That’s all there is to it.

Gregg continues to work on the stage and has received 13 Drama Logue Awards, an L.A. Weekly Award, the prestigious Los Angeles Drama Critics Circle Award, and two additional LADCC nominations for his stage work. He often collaborates with his wife, noted theatre director Lisa James, to produce and act in her stage productions. Most recently they co-produced Gregg’s musical adaptation of Lynn Siefert’s Little Egypt at the Matrix Theatre.

For more information on Gregg Henry 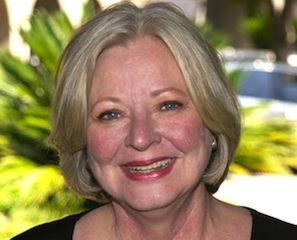 For more information on Debra Mooney 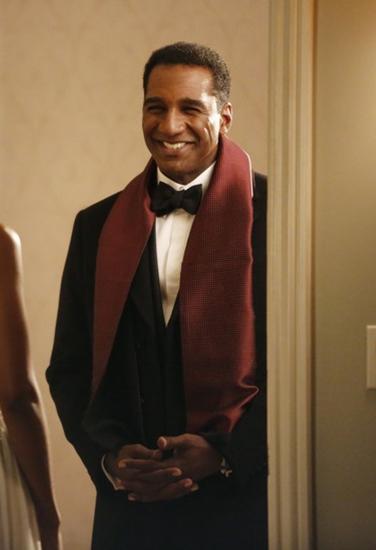 A member of the Senate Intelligence Committee, Senator Edison Davis, has reinserted himself in the life of fixer, Olivia Pope.  Having her former fiance back in the picture has added additional tension to the already complicated relationship she has with Fitz. According to Edison he “is a man” and “doesn’t play games” feels that he and Olivia are very good together. As the season unfolds, we’ll see if Olivia feels the same.

Growing up in the oldest Black chartered Municipality in the US, Eatonville, Fla., Norm always dreamed BIG. Known as a very versatile performer, Norm has been seen in Films, on Television, Broadway, Opera and Concert Halls around the country and the world. He Started off by singing in the Church Choir, High School, and College Choirs along with honing his talents as an actor in the professional theaters around his hometown. He was spotted by a producer while singing at a bar in Orlando, Fla., and was asked to perform in a show on Premier Cruise Lines which eventually lead him to New York.

Norm has enjoyed both working and living in New York and Los Angeles for over two decades now and has many future endeavors coming up. Currently he is performing the title role of Porgy in The Gershwin’s PORGY AND BESS with Audra McDonald at the Richard Rogers Theater. He just returned from a very successful year’s run in London playing the role of Javert in the West End’s LES MISERABLES and was honored to perform the same role for The 25th Anniversary Concert at the O 2 Arena which is now on DVD. He is very proud to announce the release of His debut solo CD NORM LEWIS, THIS IS THE LIFE!

His Film and Television credits include: MYSTERY WOMAN Guest Star, All My Children (Asst DA Keith McClean), Detective Hale on As the World Turns, and Guest Starring roles on Cosby and Strong Medicine, CONFIDENCES, and PREACHING TO THE CHOIR, along with numerous commercials.

He can also be heard on many recordings.

For more information on Norm Lewis