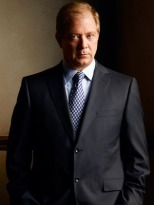 Cyrus Beene was a political animal from day one. You’d think all those campaigns—all that salesmanship and back-door dealings—would make him jaded and cynical. It hasn’t. Cyrus is a true believer. A believer in the promise of America, in the political process and most of all in people like President Grant and Olivia Pope. To be caught between the people he loves most and to have to do his best for what he believes is right for the country will test every political skill Cyrus has acquired and make him question his allegiance to all he holds dear. 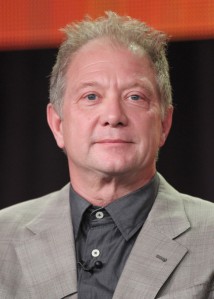 Jeff Perry is an actor, teacher and co-founder of the Steppenwolf Theatre Company, where he has served as Steppenwolf Artist Director and has been an integral part to the founding of the School at Steppenwolf, where he continues to teach and direct. Perry has acted in—and occasionally directed—more than 40 Steppenwolf productions. His many acting credits at Steppenwolf include Balm in Gilead, The Time of Your Life, Picasso at Lapin Agile, 1990 Tony Award-winning The Grapes of Wrath, The Caretaker and Streamers. In 2008 Perry was nominated for a Drama Desk Award for Outstanding Featured Actor in a Play.

Beyond Perry’s impressive accomplishments in theater, he has also seen success on the big screen and television. After moving to Los Angeles, Perry appeared in several films, including Remember My Name, A Wedding, The Grifters, Storyville, Wild Things and The Human Stain. He also has numerous television credits, including his role as Inspector Harvey Leek on the crime drama Nash Bridges, and recurring roles on My So-Called Life, LA Law and Prison Break.

For more information on Jeff Perry