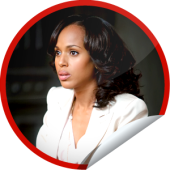 SUMMARY — Travis Harding, the son of a millionaire businesswoman Sandra Harding (guest star JoBeth Williams), is charged with rape. The kid is an irresponsible, 27-year-old rich boy who rarely takes anything seriously. Sandra wants Olivia to serve as backup to her son’s defense lawyer. The first order of business is to try to get dirt on the prosecutor from U.S. Attorney David. Olivia gets nowhere with her friend, probably because David doesn’t believe they are actually friends.

The woman Travis allegedly raped is Helen Fisher. The victim is a saint, but she’s also heavily in debt. Olivia suggests to Sandra that they settle the civil case in order to get Helen to stop cooperating as a witness. The offer on the table is nine million dollars. It is rejected. Helen asks Olivia how much money she would be willing to accept if someone raped her. Later, Quinn wonders what happens if they lose. Olivia makes it clear that there’s always another move. They never, ever give up.

Something Travis says has Harrison believing that he may have paid off another woman in the past. A 23-year-old waitress named Rachel received three $200,000 payments from Travis a few years ago. There’s rape kit with Travis’s DNA all over it. He paid off Rachel, who tried to put the incident behind her. She couldn’t. The young rape victim committed suicide. Her body was found by her best friend, Helen Fisher, who is now trying to make Travis pay for what he did with this new bogus rape charge.

Travis admits to his mother that he made a mistake, but says he handled it. His attorney annihilates Helen in the courtroom. Travis is going to go free. Olivia tries to console Sandra, who blames herself for what her son has become. She tells her what Travis did is not her fault. More on that later.

Olivia makes a deal with Gideon the reporter. She’ll give him some background on Amanda Tanner and a quote if he keeps her name out of the paper for the next 72 hours. Speaking of Amanda, she tells Olivia she has proof of her relationship with the president. She’s just not ready to reveal what it is. In the meantime, Amanda wants a face-to-face meeting with Fitz. Olivia tells Cyrus that if this meeting takes place, their problem goes away for good.

Cyrus initially agrees to the meeting. He reconsiders this strategy after anonymously receiving an audio recording featuring the passionate moans of the president and a White House aide. Cyrus now believes that Amanda is blackmailing them. That means Olivia is doing so, too.

First Lady Mellie Grant cancels her husband’s morning appointment because she wants him to sleep in. She wants to give him what he needs because he’s had some serious insomnia lately. Mellie later invites Olivia to a dinner event at the White House. Billy Chambers playfully flirts with Olivia until the first lady steals him away. That leaves the president in need of a dance partner.

Fitz convinces Olivia to meet him in their secret spot after repeatedly saying he loves her. Cyrus makes sure this rendezvous never takes place. Olivia is caught off guard when Cyrus accuses her of blackmail. She’s abruptly escorted out of the White House. Cyrus then tells the president that Olivia is the one who canceled the Amanda Tanner meeting. Later, Mellie tells Fitz that she invited Olivia to the dinner because he needed to see her. Now that he has, she has no doubt he’ll be able to sleep like a baby.

Outside the White House, Olivia pays Sandra Harding a late night visit to let her know that she needs have her son take responsibility for his actions. Travis isn’t willing to do the right thing, so his mother does it for him. He’s placed under arrest for Rachel’s rape. The prosecutor in the Helen Fisher case is in hot water for not doing her homework. This is good news for any colleague who was in competition with her. That’s why David tells Olivia that maybe they can be friends after all.

Amanda claims she got a call from Gideon, so Quinn offers to flirt with him to find out what he knows. Huck gives her a few tips on how to reel him in. They don’t work. Gideon is hip to Quinn’s play, but assures her that he’s kept up his end of the deal so far. He never called Amanda. Olivia throws Gideon a bone by setting him up with an exclusive interview with Sandra Harding. Then it comes time for Amanda to come clean about everything. Remember how she said she had proof of her relationship with the president? Olivia is stunned when she discovers what that truth is. Amanda Tanner is pregnant.